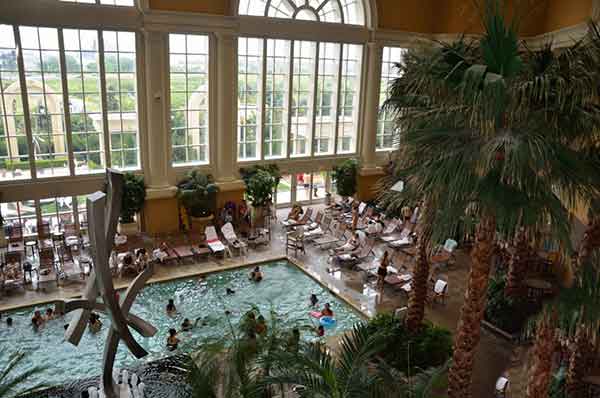 Borgata Hotel, Casino and Spa is giving a boost to Atlantic City’s nightlife. Atlantic City Borgata has never gone out of the limelight since its opening in 2003. The casino knows how to appear in the headlines – whether it is tax assessment, a makeover or an event. It is the highest grossing casino in the city and the largest hotel in New Jersey. The hotel has 2,002 rooms and a spa named Spa Toccare. Moreover, Borgata boasts entertainment centers, night clubs and restaurants.  See our review  on  other  new restaurants  in AC.

Atlantic City Borgata is all set to build an outdoor concert hall and a new night club. Casino Reinvestment Development Authority has approved the use of funds obtained from its Investment Alternative Tax payments. The amount, which is $14 million, will fund the renovation. We will see the opening of the outdoor hall on June 13, 2015. The night club is set to launch by the end of year 2015.

The main goal of the casino is to bring in diversification. The city is in need of a different and new outlook. A new concert hall and a club will ensure more customers. The outdoor hall is dubbed Festival Park. It will be a perfect place to hold gala nights, concerts, festivals and other outdoor events. The name for the club has yet to be decided.

The executive director of CRDA, John Palmier, said that the project will revitalize the ambiance. It will increase the tourism in the city. Borgata has joined forces with Live Nation. They hope to bring the best performers and DJs to the concert. On the day of its inauguration on June 13, there will be a celebration lasting a whole day. The concert will kick off with musical performances by several bands.

The president of Borgata, Tom Ballance said that they are looking forward to the new changes. He thinks that their partnership with Live Nation is a great opportunity to grow entertainment and night life in the city. The Festival Park will jazz up the Savor Borgata Weekend Events too. Savor Borgata Culinary Series is a food and beverage festival that runs throughout the year.

Atlantic City Borgata has not chosen any official theme or a name for the new club. Its location has been decided though. It will replace the Borgata’s MIXX night club. The senior vice president of Borgata, Joe Lupo, said that the club will have an urbane set up. The best DJs and stellar performances will entertain the guests. Lupo said that the top-tier club will cater to an upscale, trendy crowd. The Borgata  also  runs online gaming like other sites  in AC.